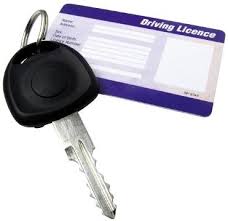 Information on who can drive on a foreign driver’s licence, and for how long, and when, where and how to get a Thai licence issued for use in Thailand…

To drive or lease a car in Thailand as a tourist or visitor it is necessary to have either a Thai driving licence or a valid foreign driving licence with a photograph. The foreign licence must either be in English, or be accompanied by an official translation into English or Thai. The licence needs to have been issued by a country that has a treaty with the Thai government allowing the mutual acceptance of driving licences.  Most countries, including Australia, Canada, New Zealand, the UK and the USA have this agreement with Thailand under the1949 Geneva Convention on Road Traffic or the 1968 Vienna Convention on Road Traffic.  Those in doubt should contact their embassy for advice

An International Driver’s License/Permit (IDL/IDP) is also valid in Thailand, and available from a government department or authorized auto club at a small expense. A foreign driving licence valid under the 1949 or 1968 Conventions qualifies the licence holder to apply for the IDL/IDP, and its holders may find that it is more often recognised and accepted by police and civil service officials.  Beware of the many IDP/IDL websites that are not legitimate.

If the driver is not a tourist or visitor but is a resident with a non-immigrant visa, then it is necessary to have a Thai driver’s licence. However, those with a foreign licence as described above or an International Drivers Licence are excused from doing the practical driving test when applying for a Thai driving license.

Note: Although International Driving Licences are valid for up to one year after arrival in Thailand, after three months many comprehensive insurance policies are made void if still driving on a foreign licence.

Licence holders may only drive the category of vehicle for which their licence is valid.

Getting a Thai Driving Licence

The Department of Land Transport Office processes all of Thailand’s driving licences. Go in person to the nearest local office to complete the paperwork and get a driving licence.

It is recommended to phone in advance to check exactly what paperwork is required as it has been reported that different DLT offices have different requirements. The following paperwork is usually required by the DLT (with copies):

The whole process can take a few hours to complete depending on the office and the number of people applying. The forms have to be completed in Thai, so non Thai-speakers should take along a Thai speaker for interpretation and to help fill in the forms (some DLT offices have English-speaking staff that can help, such as the Chatuchak office where the whole process can be undertaken in English).

What to do at the Department of Land Transport Office

Applicants for Thai driving licences have to be prepared for lengthy queues, so it is best to arrive before 08:30. Sometimes DLT offices are so busy that applicants arriving after 09:00 may be turned away.

Applicants will be required to:

Once all the formalities have been completed a Thai driving licence, valid for one year, is issued. After this period the person will need to renew their licence and can apply for a licence that is valid for five years.

Note: There is some confusion about the rules regarding one- and five-year licenses (even among officials), so getting a five-year driving licence may depend on the DLT office in question.  Keep the original licence for use in the home country or country of issue.

To exchange a motorbike licence the procedure is essentially the same. There is no limit to the size of engine that can be driven with the licence. 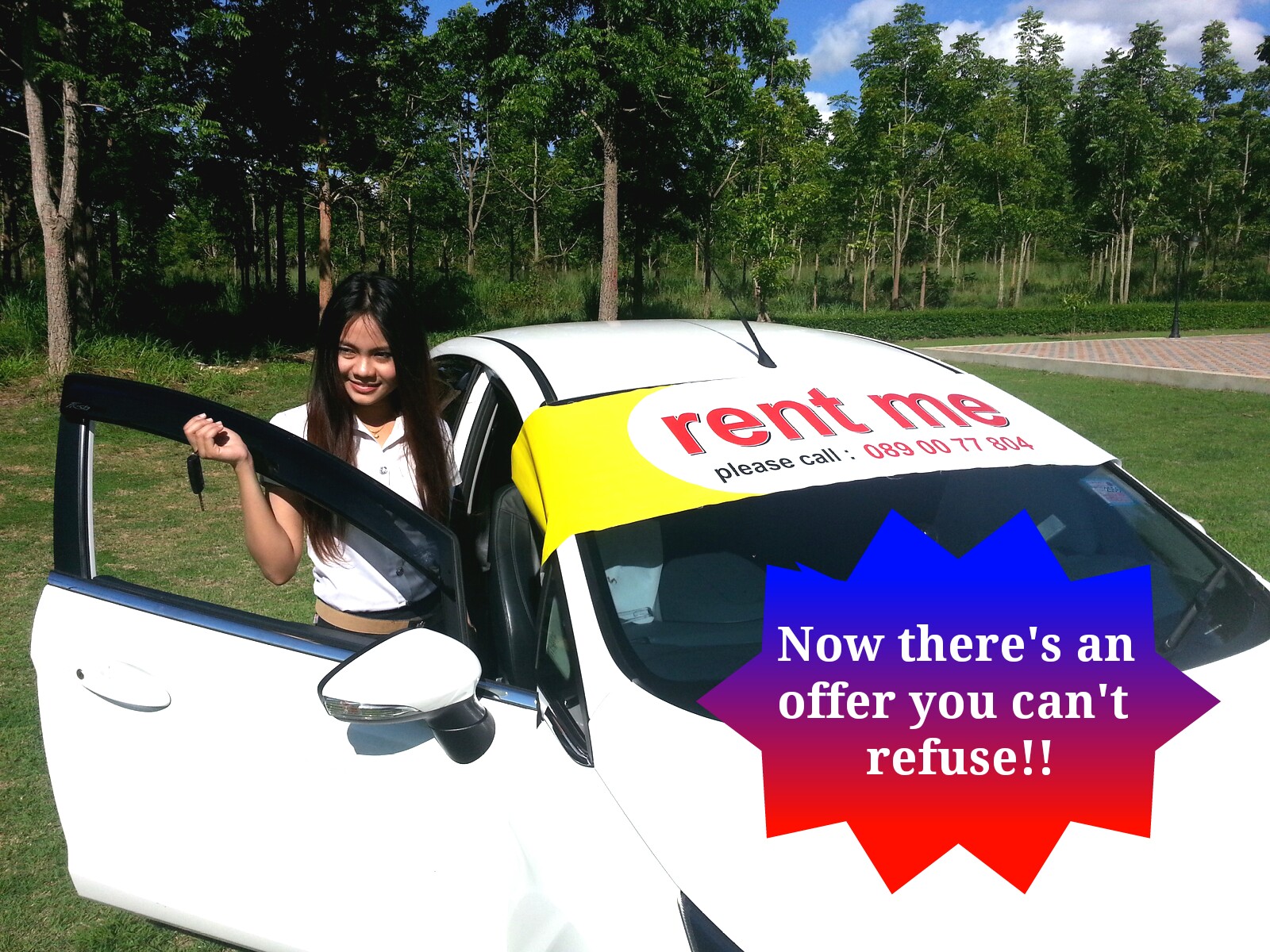 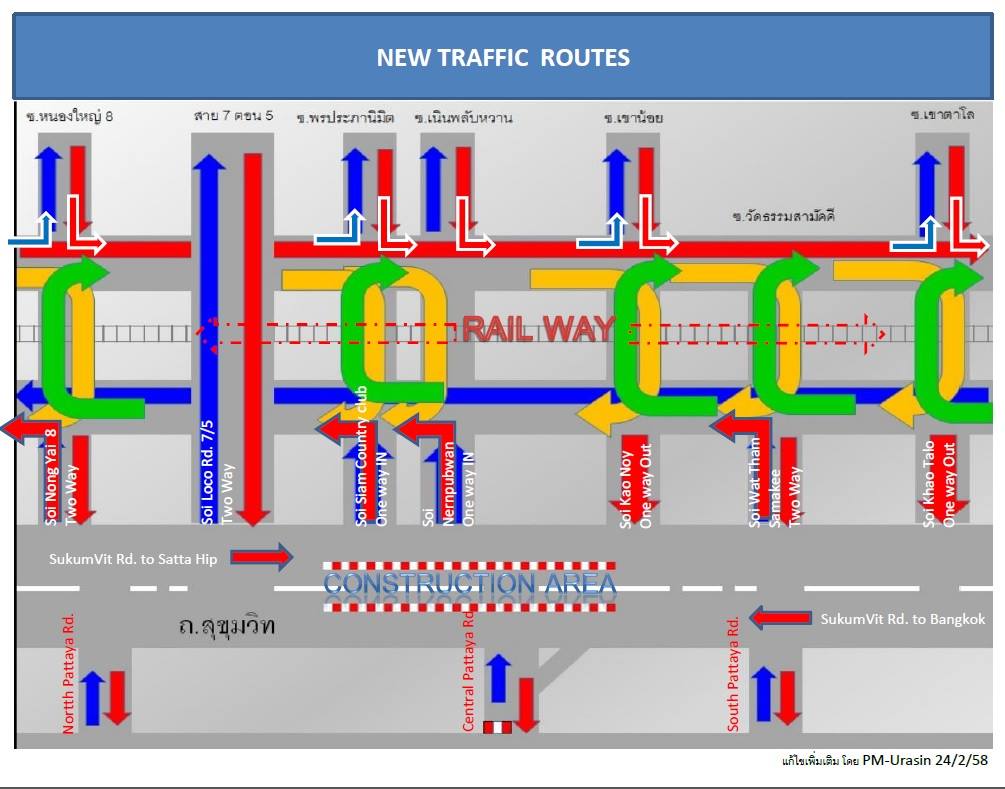 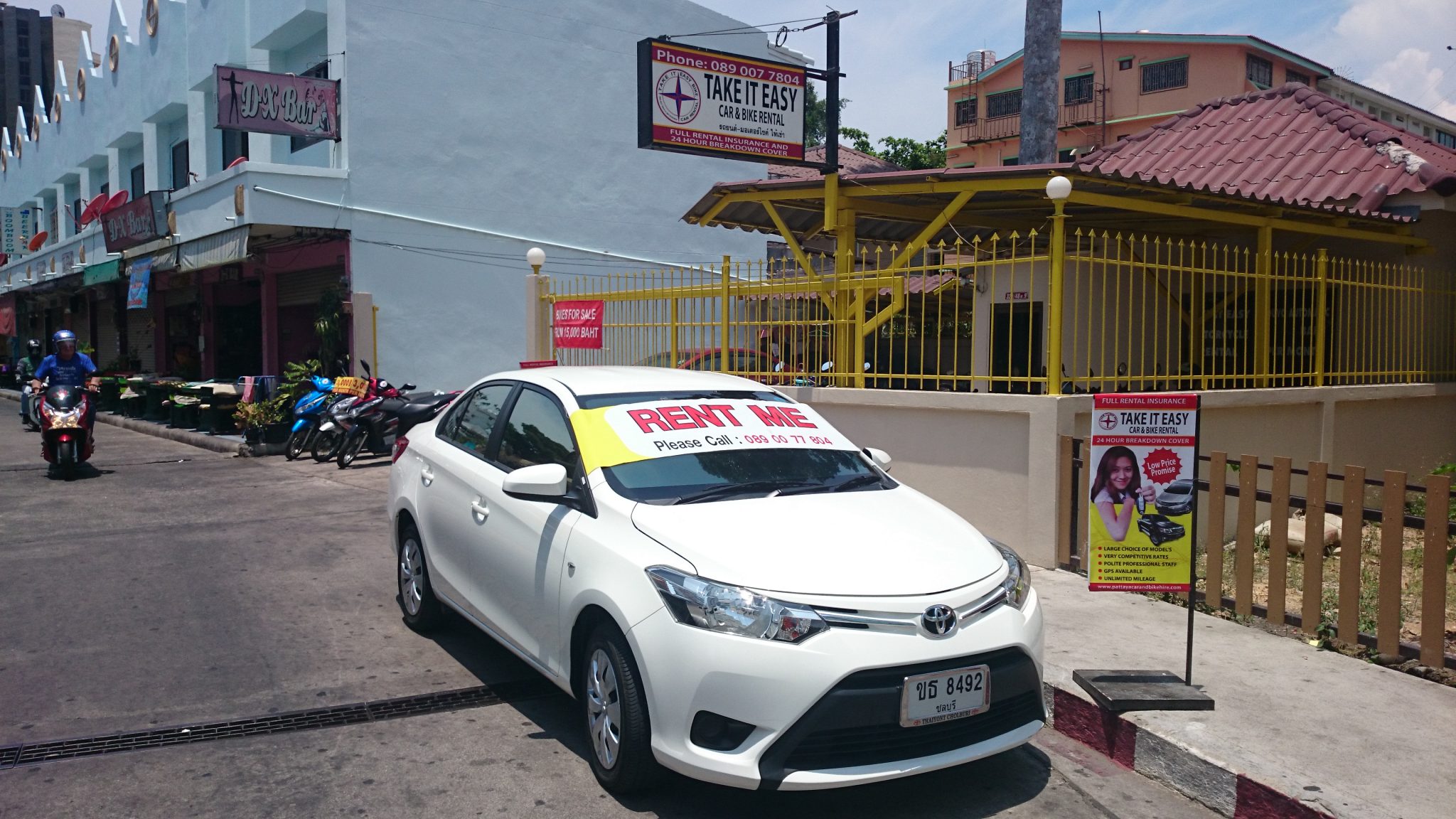 Latest Models Available at Take it Easy All with full rental insurance & 24hr Roadside assistance,so if your in Pattaya rent a car